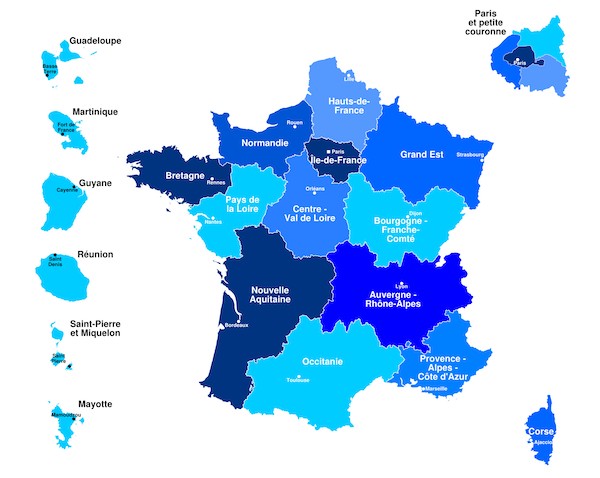 The right to vote

President of the Republic (Head of State): Mr. Emmanuel Macron

The climate in mainland France is temperate, with quite significant regional differences. Temperatures are relatively mild and rainfall occurs throughout the year. Regional variations occur due to latitude and differences in distance to the sea or mountainous areas. Temperature variations are less pronounced on the French coast than in the rest of the country, but rainfall is higher.