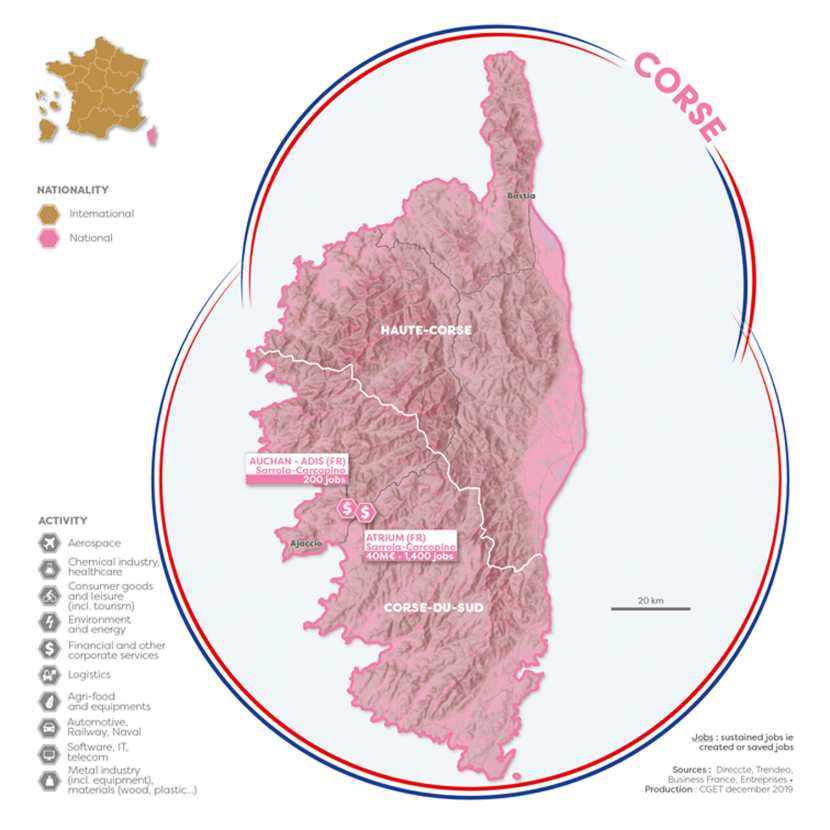 The heart of the Mediterranean

Set in the Mediterranean some 170 km southeast of the French Riviera and 80 km from the west coast of Italy, Corsica offers a connection to international capitals.

A mountainous island offering an incomparable quality of life, over a thousand kilometres of coastline, four airports and six seaports spread across the region, the “Island of Beauty” is one of the world’s most-visited destinations.

One of France’s most attractive regions

Since 2009, Corsica has experienced strong demographic growth – nearly twice that of the French average. This trend is reflected in the brisk pace of housing construction and renovation, which gives the construction sector a predominant place.

Tourism is the island’s leading economic sector (24% of GDP excluding air and sea transport, some 19,000 seasonal jobs, 72% filled by locals and the remaining 28% by outsiders). Corsica boasts an innovative, forward-looking entrepreneurial fabric in the agri-food, digital and aeronautics sectors (Corse Composites Aéronautique, the region’s top exporter, is a world-class equipment manufacturer; companies in this sector have joined forces as part of the Corsica Aeronautics Industries Cluster).

Due to its many territorial advantages, Corsica offers promising development prospects in such areas as: